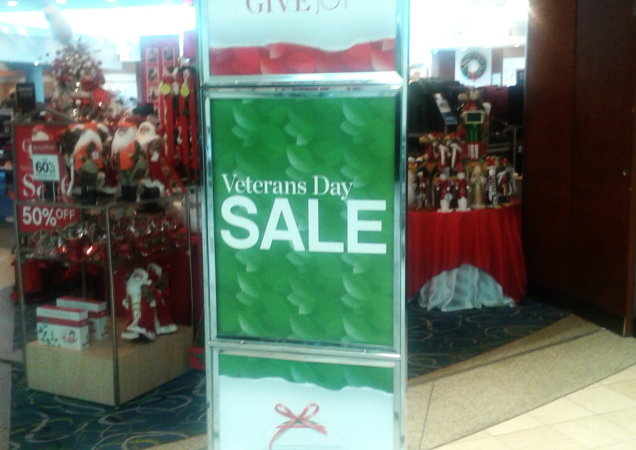 “The Economy” Won’t Save You

First, it is because it’s not about “the economy,” it’s about “your economy.” If you are waiting for something to pick you up and whisk you away to your dream life, you will be waiting a long time. Taking personal responsibility for how your life and your finances turn out is the only way that you will come close to living the life you want. As Seth Godin put it  “Instead of wondering when your next vacation is, maybe you should set up a life you don’t need to escape from.”

What If “The Economy” Isn’t As Strong As You Think It Is?

Have you heard the news about the economy? According to the mainstream media, total economic activity is going off the rails and demand is so high that the Fed may raise interest rates in December. So, retail is raging, home sales are off the charts, and auto sales are going through the roof. Here’s the problem. They aren’t. This thing that you could be relying on to make your financial dreams come true that the media calls “the economy” is limping along to the same pace it has for over eight years now.

Why Do I Say This?

It is pretty obvious to me. Did you notice how retail stores started decorating for Christmas before or on Halloween this year? It was the earliest that I have ever noticed that retailers were decorating for Christmas. Why? There is a school of thought that if consumers are thinking “Christmas thoughts” then they will spend more money. This tells me that most retail establishments, like the anchor stores at your local mall, are not breaking any records this year. They are decorating early because the “powers that be” at these establishments think that if they decorate for Christmas, shoppers will stagger into their stores like zombies and start spending money like it is the day before Christmas. Even if it’s 80 degrees outside.

The second reason I say that it’s not as strong as you think is something that a lot of people like to avoid, but I love- the numbers. Let’s look at the numbers. But first there is an event that will decide the immediate future of this thing called “the economy.” On December 16, 2015, the Federal Reserve Bank will release its decision to raise interest rates, or not to raise interest rates. What they are raising are the rates of interest that banks charge their consumers. They have a major impact on stock, bond and currency markets around the world.

Why The Fed Raises Interest Rates

When the total economic activity in a geographic area, or Gross Domestic Product (GDP),  is at a modest 3%-5% annual pace things are good. There are plenty of jobs for workers, credit flow is good, people keep buying things, and people are making money. When GDP starts going over about 6% annual growth rate, the Federal Reserve comes in, raises rates to slow down economic activity to keep interest rates from climbing out of control due to the bond market and supply and demand. Rising interest rates lead to periods of high inflation which are bad for overall economic activity. Raising interest rates is a big deal. It changes how much consumers pay for large purchases like cars and houses, which have a greater impact on GDP than the number of the latest fad toys that are sold.

That being said, the Fed is considering raising interest rates. The narrative coming from other sources say that now is the best time for the Fed to start raising interest rates. This will mean that banks will charge more for lending money. Another problem is that the banks aren’t lending money to non-business consumers. Since interest rates have been held at <.25%, there is an argument that banks aren’t lending now because there is no profit motive in lending. Another argument is that excessive regulation like the Dodd-Frank Act restricts lending and squelches economic activity.

The Economy is Not Overheating

I think it is pretty obvious, even to someone with a limited knowledge of macroeconomics, that the numbers from June 2006 are bigger than the numbers from as close to the Fed rate decision date from FreeLunch.com as possible. The exception is the unemployment rate which acts opposite from the other numbers. The unemployment rate gets smaller as the economy heats up. However, the Oct 2015 unemployment rate number is not as low as the June 2006 number. Based on this shortlist of economic information, the economy is not as strong as the mainstream media may suggest. I will go a step further and say that if the Fed does raise interest rates, it will be to continue the government narrative that they “saved the economy from the worst recession since The Great Depression.”

Another reason to raise interest rates could be to add the profit motive to lending to further spur on the economy. This could be a good long-term result, but the short-term result will most likely be a slowing economy initially. We will have to wait and see the results for this.

The economy won’t save you. And how do you even know what the status of the current economic situation is unless you watch every number? The truth is that there are people in the reporting sector who have different agendas and different reasons for spinning the numbers. In other words, the people who are telling you about the state of the economy are lying to you. You must look at the numbers if you want to genuinely gage the economy. If you don’t pay attention to the numbers, how will you know what is really going on with the economy?

Turn off CNBC and the rest of the “gurus” on TV. Focus on your economic results. Your results are the only results that matter.