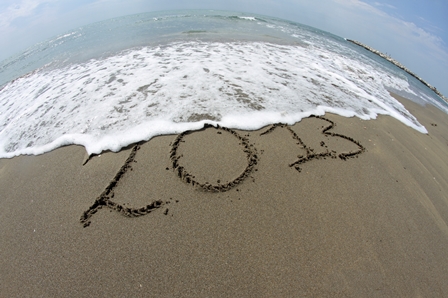 Now that the Year is Finished, It’s Time to Review My 2013

I think it’s kind of strange to review the past year before January 1, 2014 because the year isn’t over yet. Before I can review my year of miscues and triumphs, I feel the need to finish out the year first. I guess it’s from my background in sports (and watching sports on TV) that the winners play all the game, not just three-quarters of the game. Winners never give part of their efforts, but their best efforts always (IMHO). This year was no exception. I started out with creating change and I finished the year with improving my life. 2013 was a great year for me. Here’s why.

I Moved Into a New Apartment

I moved into a new apartment in March 2013. This was both a HUGE triumph and a big psychological boost for me. No one helped me move because I had to start at 6am. I had no time off from my j.o.b. (which will be left intentionally nameless…for now). I had every reason not to move, but I did it anyway. I now have a new office, new neighbors, and a new prosperous environment to live in.

I Became a Profitable FOREX Trader

First, I had to become a FOREX trader. I lost my first account in 2008. I lost my second account in 2009 and swore I’d never trade again. Then I gave it another go. I invested a few hundred dollars into my third FOREX account in 2012, and nothing happened. Then I started trading. I traded unprofitably from December 2012 until about March 2013. Then in April 2013, my first account became profitable. I was so excited, and I still am excited!

I Got Good at Trading the FOREX Markets

I turned my small investment over about 6 times in six months with a total return of 480% only to lose about $1200. It’s OK. I still had a return of 226% return for the year. I also had to use some of my earnings to pay my rent in November when the j.o.b. proved its namesake. My account is not as sizable as it was, but I accept the challenge of rebuilding it.

I Had the Worst Income Month since June 2012

This was a wake-up call and a good thing! My sole source of income at the time was my j.o.b. The job that I had taken in June 2012 that had markedly improved my lifestyle took a turn south in September 2013. This was scary because I wasn’t ready to move forward on new projects. It proved to me that this job wouldn’t last forever, and that a job with a pay scale that relied on business walking in the door was not going to continue to take care of me. I will have to take care of myself.

I Got Serious About My New Businesses

I had worked on the groundwork for a couple of new businesses, but I was allowing delays and learning to hold me back. I was treating my business start-ups like a correspondence course, learning at my pace. The slow month in September 2013 woke me up a little, and sped things up a notch too. I promised myself that by the time that January rolled around, I would be ready to launch a new business. Little did I know I will be launching two businesses. It’s not a good thing; it’s a great thing!

All in all, 2013 was a great year! I took a few new risks and made some great gains. I did some new things that I didn’t know what the outcome would be or if the outcome would turn to my favor. I set up a lot of groundwork for more great gains in 2014, and I am definitely looking forward to the new year!

DISCLAIMER: Forex trading is one of the riskiest forms of investment available and may not be suitable for all traders. You can read a full risk disclaimer at one of my favorite FOREX brokerage firms IBFX.com.

Additional disclosure on trading the FOREX markets: I am a former Series Three broker with about 15 years of research going into the Currencies and Commodities Options and Futures markets. Only trade these markets with discretionary funds or money you can afford to lose.